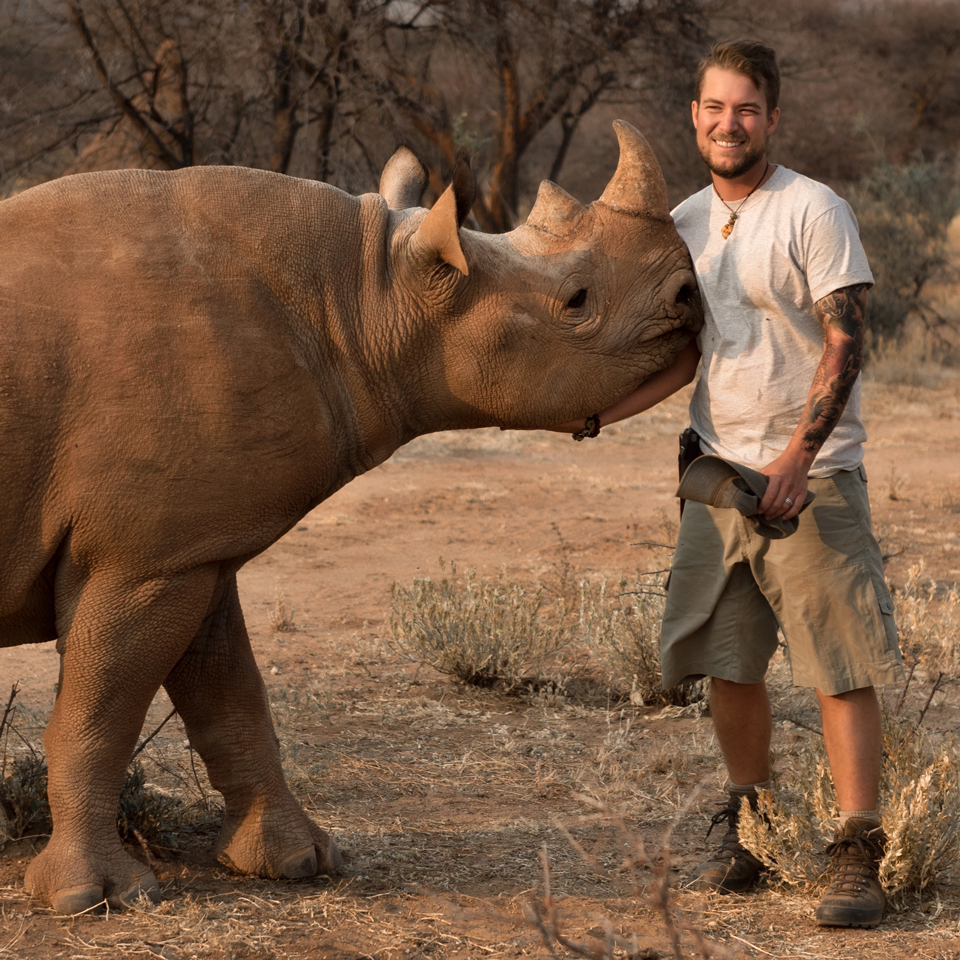 Sebastian Hilpert was born in 1985 in Würzburg. One of his earliest childhood memories is a sprinting cheetah, depicted in his grandfather’s yellowed Kalahari book. He travelled the Kalahari for the first time in 2015. At the beginning of 2017, after his twelve-year military service ended, he was repeatedly drawn to southern Africa with his camera. His personal, adventurous experiences about wildlife sanctuaries, safaris, poaching, hunting, land and people with a focus on Namibia, he recorded in the book „ÜBERLEBEN – Als Wildhüter in Afrika“ , which was published in April 2019 by Bastei Lübbe.

Sebastian prefers to deal with wildlife photography, species protection, history, inner growth, good books and all kinds of creative things. Besides, he has a great weakness for good cappuccino and cats of all sizes.

The right way – your own. 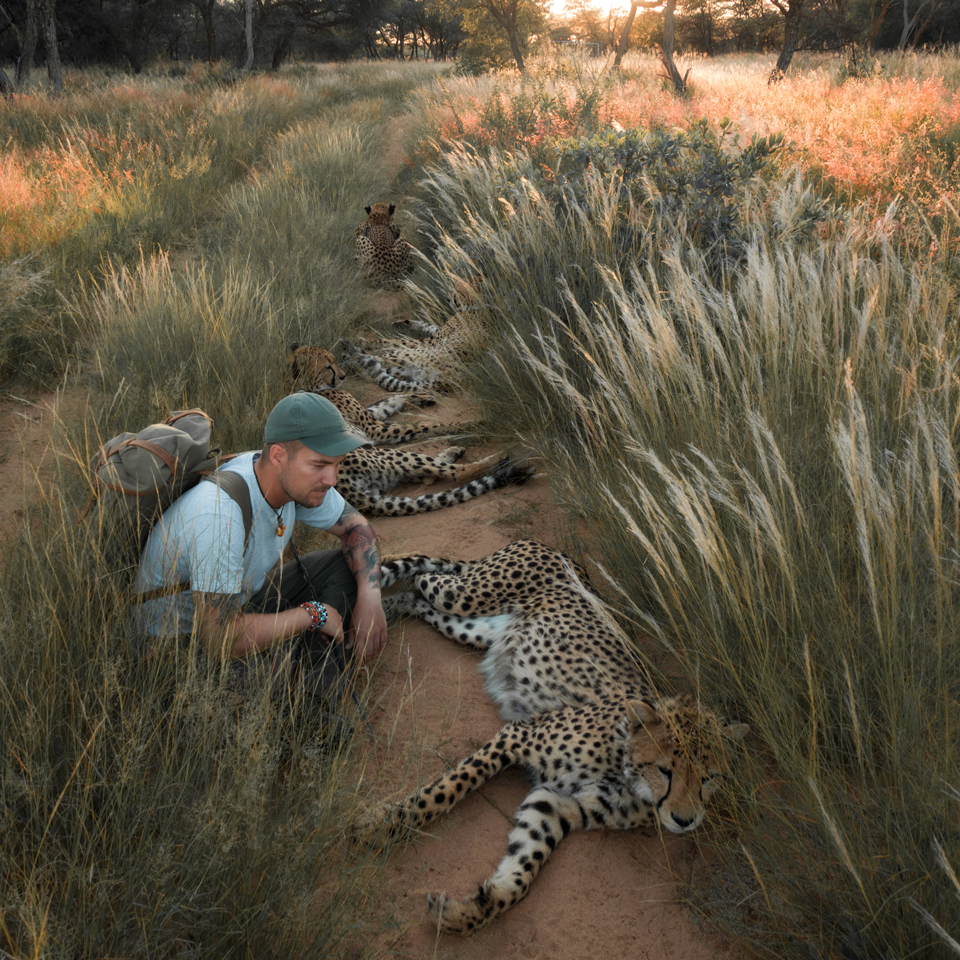 The feeling of following one’s destiny, one’s own destiny! Not those who consciously or unconsciously persuade you of society, culture, religion or relatives. Do you know this feeling?

It was not until March 2015, when I was already in Namibia for over a month at a wildlife sanctuary, that I felt this feeling.

My arms and legs were covered with scratches, bites, abrasions and bruises, but that didn’t bother me at all. On the contrary, the unbelievable experiences of the time made up for it easily.

A cheetah who regularly cleaned my face, two caracal babies I was allowed to raise, a leopardess who enjoyed being cuddled by me under my chin or a meerkat who bit down my Achilles heel with all his strength – all these are just a few experiences from my first time as a volunteer which was the beginning of something new. This path takes me further and further into wildlife photography and beyond. I want to learn more about the wildlife of southern Africa. To understand more about the backgrounds that take place between humans and wildlife. Thus my way leads me again and again in most different way through Namibia. Sometimes as a photographer independently on safari. Sometimes on anti-poacher patrol with friends of mine.

What is certain is that the African wildlife has been severely threatened for several decades. In recent years, many animal species have been driven to extinction. These include the pangolin, which is not very well known in this country, and all rhino species. I don’t want to watch. I don’t know yet what contribution I can make, I don’t know yet which people I will meet, I don’t know yet where this way leads, how long I can go it and what is at its end, I only know that it feels right.

Be brave, be yourselves.

This website uses cookies to improve your experience while you navigate through the website. Out of these cookies, the cookies that are categorized as necessary are stored on your browser as they are as essential for the working of basic functionalities of the website. We also use third-party cookies that help us analyze and understand how you use this website. These cookies will be stored in your browser only with your consent. You also have the option to opt-out of these cookies. But opting out of some of these cookies may have an effect on your browsing experience.
Necessary immer aktiv
Necessary cookies are absolutely essential for the website to function properly. This category only includes cookies that ensures basic functionalities and security features of the website. These cookies do not store any personal information.
Non-necessary
Any cookies that may not be particularly necessary for the website to function and is used specifically to collect user personal data via analytics, ads, other embedded contents are termed as non-necessary cookies. It is mandatory to procure user consent prior to running these cookies on your website.
Functional
Functional cookies help to perform certain functionalities like sharing the content of the website on social media platforms, collect feedbacks, and other third-party features.
Performance
Performance cookies are used to understand and analyze the key performance indexes of the website which helps in delivering a better user experience for the visitors.
Analytics
Analytical cookies are used to understand how visitors interact with the website. These cookies help provide information on metrics the number of visitors, bounce rate, traffic source, etc.
Advertisement
Advertisement cookies are used to provide visitors with relevant ads and marketing campaigns. These cookies track visitors across websites and collect information to provide customized ads.
Others
Other uncategorized cookies are those that are being analyzed and have not been classified into a category as yet.
SPEICHERN & AKZEPTIEREN